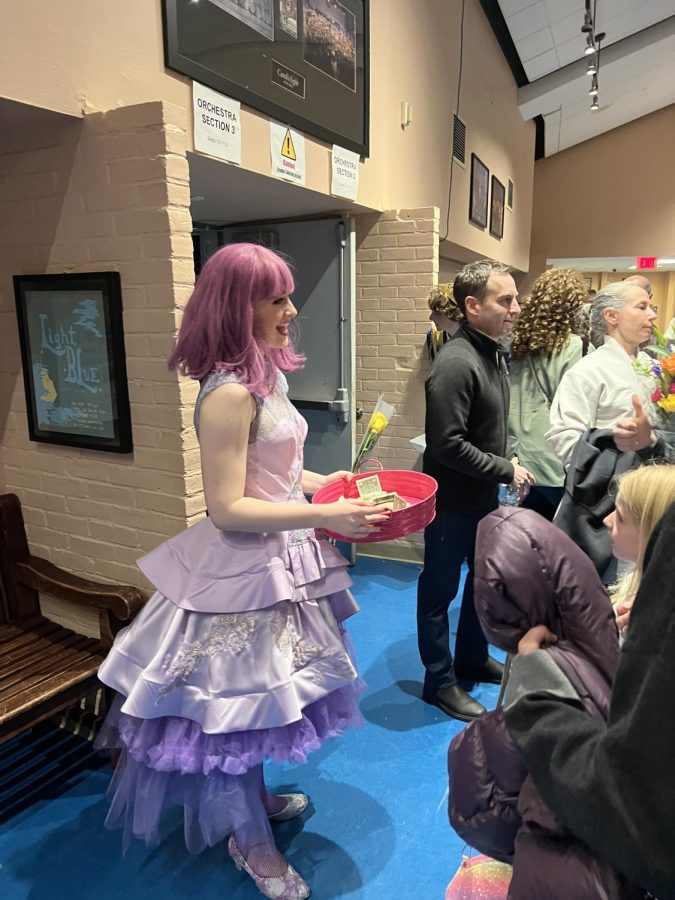 Starring Dove Cameron, Cameron Boyce, Sofia Carson, and Booboo Stewart, Descendants was a movie that people everywhere adored. This fantastic movie was about the daughters and sons of Disney’s most hated evils entering the world of good and trying to be normal, all while their parents assign them a mission that could change the people of Auradon’s life forever. Seems like a cool movie right? Well, guess what? It was just performed live at Staples High School!

Descendants the Musical was a combination of all three Descendants movies. The voices of all the characters were phenomenal, especially Mal and Evie’s (some of the main characters in the show). The costumes for the production were amazing. I especially loved Evie’s dazzling coronation outfit. She rocked it! The sets were spectacular for each part of the show. When I saw the set for the Isle of the Lost, I felt like part of the evils. The music from the pit was magnificent. They really knew how to set the mood for the scene we were watching. The entire production team and actors gave it their all for this play, and their hard work paid off.

While the audience was walking out of the auditorium, the Staples Players came off the stage to collect money for children in Ukraine. My heart was warmed by all of the efforts they put in to help even just one kid in Ukraine stay safe.

All in all, this show was a definite 10/10! Congratulations to all Staples Players, you rocked it to the core!